Joliet Jaguar Television is a subsidiary of Jaguar Youth Hockey and has been in existence since 1993. On Feb. 23, 2014, during the NIHL Wolves Cup Championships, it produced its 1,000th game.

Joliet Jaguar Television was started by a handful of dedicated parents who secured a grant for enough money from Saint Joseph Medical Center to start videotape productions of Jaguar Hockey games. Since that time it has developed into an extremely high-quality production of about 25 Jaguar games each season.  Each game takes at least eight people for a quality production. We use two camera positions, one announcer, one color commentator, one sales desk person and three control room (director, instant replay, and graphics) personnel.  Even though our equipment is professional, with about 20 minutes of training, parents can learn to operate almost any specific equipment we have. 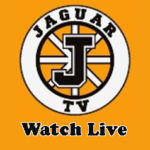